A lot of the stories we’ve heard since we were little are really insidious once you pick them apart and realize what was actually happening. As an adult, analyzing childhood lore can piss you off when you realize that the character you were supposed to love was actually a fuckboy. Or when you realize the racial undertones that you didn’t pick up when you were a napping (not woke) tweenager who was trying to be talked to bed.

Let’s talk about one that we’ve heard countless times: the story of Goldilocks and the three bears. 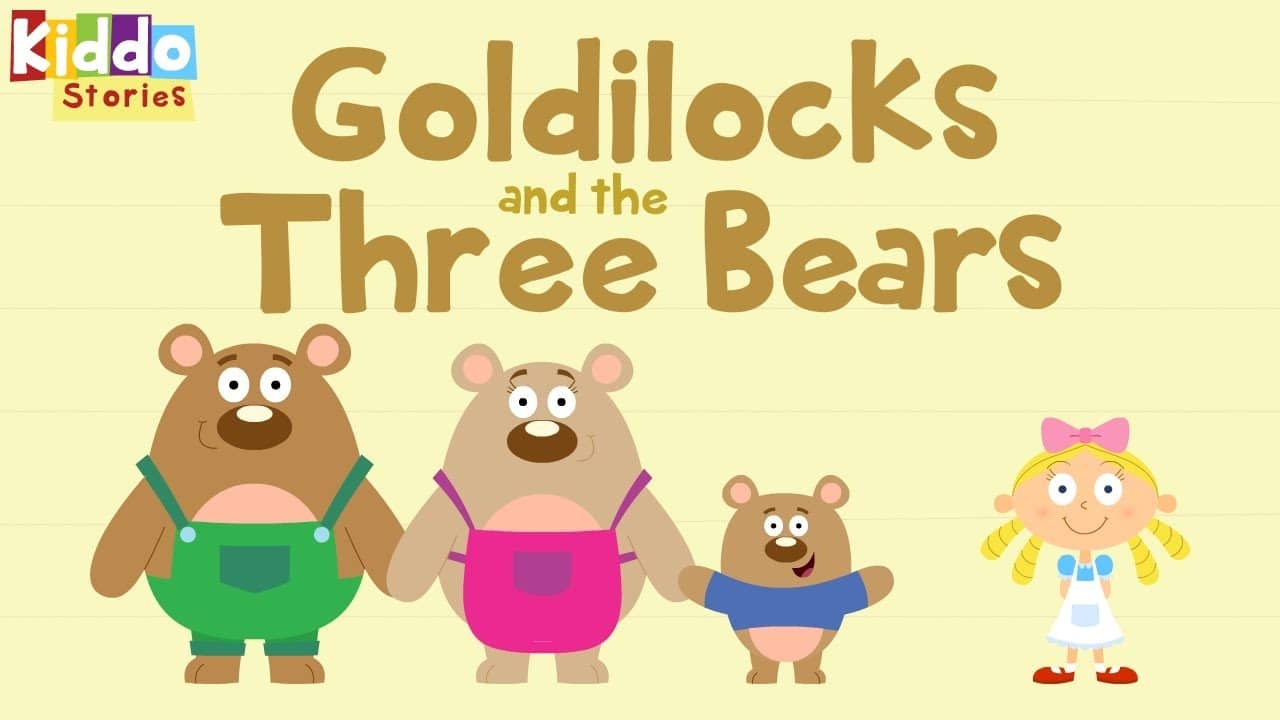 Goldilocks was a little girl, aptly named for her blonde hair. She goes for a walk in the forest and sees a house. When she knocks and no one answers, she lets herself in. She goes to their kitchen and sees 3 bowls of porridge on the table and tries the first two, but one was too hot and the other was too cold. The third was just right. She smashes that doggone porridge. Ain’t none left, B.

Afterwards, she’s tired so she goes in the living room and finds three chairs. The first two didn’t work for her, because both were too big, but that third one was right for her. As she sits down, it breaks.

Then she carries her rude ass to the second floor because all that food has made her sleepy, and breaking the chair showed that she just needed to have an extended blink. Because she has that much nerve. She sees three beds, and lays on each until she finds the right one. The first was too hard, the second was too soft, and the third was perfect. So she takes a nap in this strange house, and you know she ain’t got no manners so her shoes were probably still on.

She’s in La-La Land, probably snoring loudly when the three bears came home and discover their porridge eaten, and the Baby Bear’s chair is broken. Then they go exploring and go to their bedroom to find their beds unmade, and Goldilocks is still sleeping in the baby’s bed. Homegirl wakes up, sees the bears and freaks out, screaming “HELP!” as she runs out their house. The end.

Bruh. BRUUUUUHHH. Goldilocks ain’t have one piece of broughtupsy. No home training whatsoever. Can we talk about how Goldie is a criminal and she is the worst? Yes, let’s!

How many crimes did she commit? Breaking and entering (the house). Petty theft (the food). Destruction of property (the chair). Trespassing (the nap in their bed).

She ran away like the little punk she is, when what she should have done was stand there and profusely apologize for what she did to the three bears. And promise to right her wrong, and pay them back for the damage she did. Nope. Her raggelly ass just ran like the wind.

This tale never sat right with me, because I wondered what we were supposed to take away from this. This little white girl broke into the house of three bears (who were brown bears), and then took and damaged their stuff. And she still felt compelled to be scared of them.Because truly. This story is told and retold over and over again. WHAT are kids supposed to take from it? Were we supposed to find her cute? I assume that’s why they gave her the cutesy name of Goldilocks. Because you know who is easy to side with, in spite of wrongness or criminality? Adorable little blonde white girls, even when they’re being thugs.

So much so that in a lot of pictures and covers, you’ll see with Goldilocks and the three bears, the bears are smiling next to her. Because, you know. When white people violate people of color, we just need to grin and bear it (no pun intended). We need to smile through it and forgive. We need to gee whillikers it away. NAH. Why is everyone smiling like this little girl didn’t just break into their house?

I will borrow from myself (from chapter 9 of my book I’m Judging You) when I say in a world that rarely protects women, when it does choose to do so, it only protects white girls and women. They have been and are still allowed to get away with murder (literally) for centuries. They are given miles of grace that some of us don’t have even have inches of access. It is part of the function of white supremacy: the presumption of innocence, even when proven guilty with facts.

Goldilocks was the antagonist of that story, but we’re expected to relate to her. Meanwhile, the poor three bears were just minding their business when they were victimized. They never got an apology from their intruder, and they just had to go on living their lives after their house was broken into. Ain’t no reparations or nothing. Goldilocks got away scot-free, and people probably never knew she did this thing. Because: Darth Becky (word to Very Smart Brothas).

Chile, she’s so white woman. And what have we learned after November 8? That all these damsels in distress have just been conditioned to be passive aggressive movers of chaos, without getting the brunt of the blame. White women have been shielded from culpability all their lives and through history. They’ve been able to be active participants in systems of oppression, but they haven’t had to deal with the accountability. A Seat at Luvvie's Table was Powered by Onyx Pixie Dust