The world is a mess and I wonder what the conversation between God and Jesus would be like. Because they gotta be tired of our tomfoolery down here. We do not know how to act as a species.

God: *sees the Amazon on fire, Donald Trump is running amok, the ocean is full of plastic, TI is having his daughter’s hymen checked*

*yells* THEY ARE THE WORST.

Jesus: *deep sigh* I know, Dad. I’m not sure why they’re acting like this.

Jesus: Well, You did say You made them in Your image.

Jesus: Nothing. I’m just saying. You made them.

God: I TOLD Adam not to eat that forbidden fruit. I thought Eve would help him, not hurt. It all went off the rails at that point.

Jesus: Was it really Eve’s fault if he was so easy to convince? Adam should have probably had more of a backbone.

Jesus: I mean, Eve gets a lot of blame. Adam should have known better because HE got the instruction not her.

Jesus: Anyway. We’re getting off the point. You’re really angry. What do You want to do?

God: What?? It was a good way to start over. It was so easy. I’m kinda sad Noah forgot to wake up the unicorns so they could be on the ship though. I miss those things. They were so cute! Jesus: I love You but NO FLOODS!

Jesus: How are You feeling? What do You want?

God: They’ve gotten away from being the beings I wanted them to be. They’re killing each other with these machines I never intended them to have. They’re stepping on each other’s heads. And I created the place with abundance. No one should go without daily bread. But some are returning to me because they lack. I’m trying not to be a vengeful Me but they are making it really hard!

Jesus: I know. I don’t want to see vengeful You. He’s hard to calm down.

God: He’s fun. I like that guy. Oooo remember when You flipped tables at that church? Jesus: *reminisces* yeah that was fun. But NO.

God: *sigh* Can I just start over? I want them to be better.

Jesus: The last time You started over, there weren’t that many of them. Is there any other option?

God: *gets angry* SOMEBODY HAS TO BE SACRIFICED FOR THIS.

Jesus: I believe in them. They are wretched. And terrible. And sinful. But they are still worthy. They are Yours. They are mine. They are life. Let me go in their place.

God: *blinks twice* *looks away* I love them dearly. But my son. I said SOMEBODY, not You. Besides, You already did that once. It hurt my deeply.

Jesus: Yet and still, if not for Your grace, what else do they have?

God: They make me so upset!

Jesus: I know. But Your grace is sufficient.

God: So You don’t wanna just flip a table on them and maybe shake them off the planet?

Jesus: You know I do. Especially since they keep putting up these pictures of Me being blond hair, blue-eyed. The unmitigated GALL. Why would I be… I TOLD THEM wooly haired. See, now I’m getting upset too. 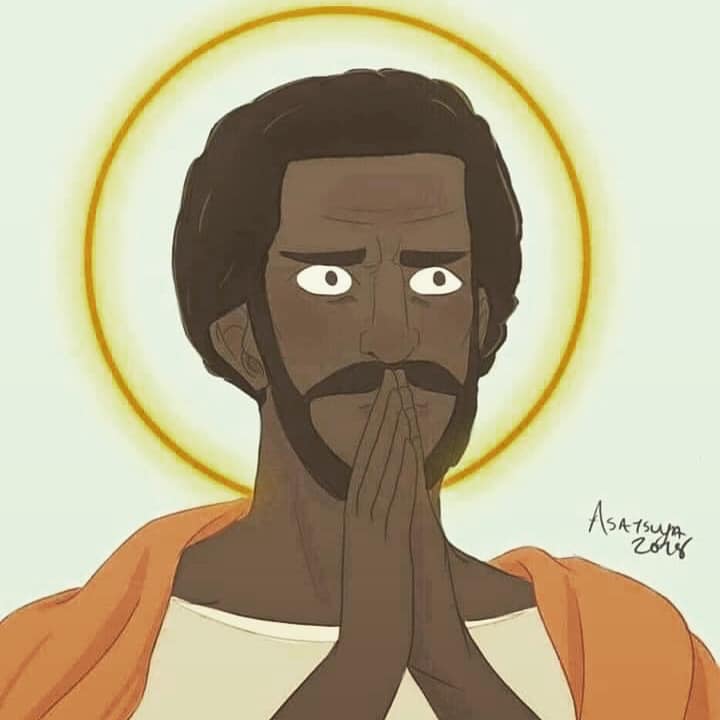 God: Again, I could do a flood right now and just be done.

God is Probably Sick of All these “Thoughts and Prayers”

Dear Fellow Christians, About This Christ Crutch We Use to Justify Foolery… I Must Have Missed the Holy Book Signing Jesus is King and Kanye's a Fool