We must all start operating from the same page, to minimize confusion in this world. When it comes to the state of caucasity, we gotta get clear on the groups that exist.

In case this is your first time hearing the word “Caucasity,” know that it speaks to whiteness, white supremacy and all the fuckshit that comes with it. Caucasity is the state of unjust affairs, a mindset and a series of real things that come from the privileges of whiteness.

It is deeply frustrating and infuriating because it is truly at the core of why the 45th president of the United States is a daft and dumb troglodyte who can barely read and ain’t fit to run a scenario, let alone a country. Caucasity is the reason why some of the world’s richest people got their money, since it exploits marginalized people for profit. It is why the mediocrity (and subparness) of white men is praised and allowed to flourish while the rest of us gotta wake up and have a PhD in pissing excellence to even be allowed in the room. Meanwhile, Todd can run the meeting even though he ain’t got nary a qualification besides his paleness.

Caucasity is, by design, the upholder of systemic oppression. 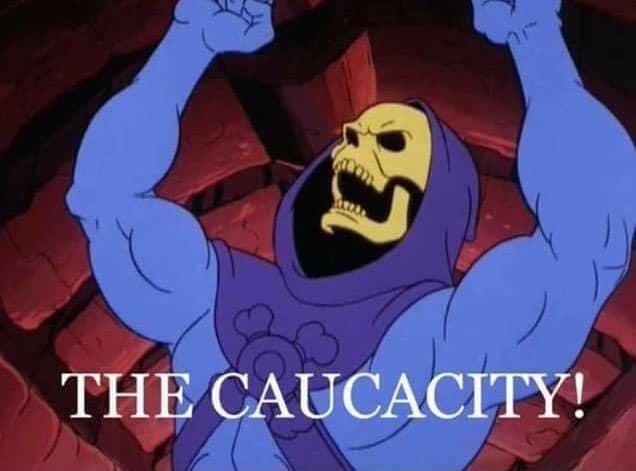 The audacity of caucasity is real and bold, and some of the biggest upholders of the structure of melanin-deficience are white women. They get away with some of the smoke white men get because they’re in the back stoking the fires of racism, but coming to the porch presenting as innocent of it all. This is why collectively, we can call them Miss Annes.

We are all too familiar with the white women who whine their way into getting what they want. Or damsel in distress their way into punishing other people, simply because they aren’t them. I wrote a piece called About the Weary Weaponizing of White Women Tears a few years ago, and I do into detail there. Go read that.

We’ve been throwing around “Becky” and “Karen” and “Susan” to describe some of them. You’ve met one before. You work with one. Hell, you might be one.

You can find them asking to speak to managers, calling the cops on Black people who go to parks, or take naps on college couches or for stand outside of their really nice homes. Sometimes, they have swoop bangs with striped coloring. They can often be found in HR departments, spreading company-wide unfairness and other problematic behaviors. Snitching on innocent people is their superpower.

They might be the ones throwing you under the bus in your work meetings, with a smile on their face. Microaggressions are their gift. They are the 53% who voted for a man who says he wants to grab someone by the pussy. They are a legion, hear them passive aggressively roar.

But here’s the thing. There are also Beckys and Karens and Susans who vote blue, say they’re “allies” and work at some bleeding heart nonprofit. They are the queens of “I don’t see color at all” and they would have voted for Obama a 3rd time. They LOVE Toni Morrison books but they also plagiarize and steal the ideas of their Black coworkers as they gaslight them at work. That there is caucasity, illicit and covert.

Anywho, Beckys, Karens and Susans are aplenty. So what’s the difference? Age.

Becky is a younger Karen, and Susan is their mentor. Their male counterparts are:

Not all Beckys or Karens or Susans are blond, but these women above are who I see as the prototypes. If you looked at my picture and winced, and said “thank God I’m not them” then congrats. Maybe ask someone who you’re close to, who is Black, if you fall under these categories. If you don’t have someone, and you don’t live in rural Wyoming? Maybe you are one. If you looked at the picture and got offended, then you might be one of them. If this post made you wanna speak to my manager, then you are DEF one.

In all of this, some white women have gone above and beyond to prove their Becky-dom by being mad about being referred to as “Karen.” They’ve whined online that it is akin to us Black folks being called the n-word. It makes me laugh so hard because the Patty-ness of it all is just confirmed. If you’ve gotten upset at the Karens being called out, then odds are you are one. Instead of being mad, do better. Aspire to no longer be a Becky or a Karen or a Susan.

There are some folks reading this who might go “but that’s my ACTUAL legal name.” To you, I say I understand. Just because your name is Becky doesn’t mean you are A Becky. Just because “Karen” is on your birth certificate doesn’t make you A KAREN. Know what I mean? Cool.

But yes. Glad to provide clarification. This woman has DEFINITELY asked to speak to the manager AT LEAST 457 times in her life.